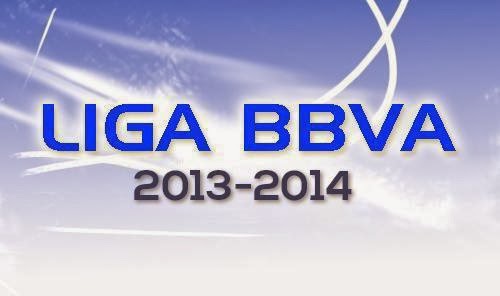 1:13 PM Wednesday Dec 11, 2013
A Christian mob attacks a mosque in Bangui, Central African Republic. Photo / AP
More than 500 people have been killed over the past week in sectarian fighting in Central African Republic, aid officials said, as France reported that gunmen killed two of its soldiers who were part of the intervention to disarm thousands of rebels accused of attacking civilians.
Aid workers have collected 461 bodies across Bangui, the capital, since Thursday, said Antoine Mbao Bogo of the local Red Cross. But that latest figure does not include the scores of Muslim victims whose bodies were brought to mosques for burial.
The government of the predominantly Christian country was overthrown in March by Muslim rebels from the country's north. While the rebels claimed no religious motive for seizing power, months of resentment and hostility erupted last week in a wave of violence.
The French deaths came as French President Francois Hollande arrived for a visit to France's former colony, heading into the tumultuous capital after attending a memorial in South Africa for Nelson Mandela.
"The mission is dangerous. We know it," Hollande told troops in a huge airport hangar after paying respects at the coffins of the two young soldiers. "But it is necessary in order to avoid carnage."
President Michel Djotodia condemned the attack on the French forces and blamed former leader Francois Bozize, whom he ousted from power in March, for creating the turmoil now being unleashed on the streets of Bangui. Some 100,000 people have been forced from their homes, aid officials say.
The early French casualties underscore the volatility of the mission to disarm combatants and bring stability to a largely anarchic capital. A mob on Monday stoned to death a suspected enemy in the street, and armed fighters have abducted and killed hospital patients.
Tensions flared again Tuesday as a mob of young men set fire to a mosque in the Fou neighbourhood of Bangui. Smoke billowed from smouldering vehicles nearby, and young men used pick axes and whatever tools they found to try to tear down the walls of the mosque.
Elsewhere, citizens killed three suspected ex-rebels in the Miskine neighbourhood of Bangui after the men apparently fired weapons at civilians, residents said.
President Djotodia said Tuesday that former leader Bozize and his supporters had set the stage for the crisis months ago.
"The current situation is the logical result of what former President Bozize set in motion by freeing prisoners and bandits, distributing weapons of war and machetes in the neighbourhoods of Bangui, and inciting tribalism and religious hatred," Djotodia said.
Bozize was overthrown after a decade in power and his current whereabouts are unknown. The former president maintains it was the arrival of thousands of rebels who descended upon the capital with arms who created the chaos.
The government of Central African Republic, a predominantly Christian country, was overthrown in March by Muslim rebels from the country's north. While the rebels claimed no religious motive for seizing power, months of resentment and hostility erupted last week in a wave of violence that left more than 500 people dead. The local Red Cross said Tuesday its toll alone had grown from 394 to 461.
France now has some 1,600 troops on the ground in Central African Republic, patrolling neighbourhoods and trying to disarm militants from the Seleka rebel movement that forced the president into exile and installed their own leader Michel Djotodia as head of state.
The two French troops were part of a team inspecting a neighbourhood just over a kilometre east of Bangui's airport at about midnight Monday, in preparation for a disarmament operation, French military spokesman Col. Gilles Jaron said in Paris.
Five to 10 gunmen opened fire on the French patrol, which returned fire, he said. Two Frenchmen were wounded but died in the hospital. It was unclear whether anyone else died in the clash.
Jaron described "sporadic fire" around Bangui and occasional clashes since the French disarmament efforts got under way Monday. France has described the program as a key part of its bid to stabilize Bangui, a city awash in weapons after years of rebellions and coups.
And France's defence minister has warned militia groups to disarm peacefully - or French troops will do it by force.
"The launching of the disarmament operation of ex-Seleka in the city is an encouraging first stage in the effort to secure Bangui," said Thibaud Lesueur of the International Crisis Group. "From now on they should move to disarm the Seleka combatants who are in the neighbourhoods and find the caches of weapons that are still numerous in the city."
Two deaths within days of the operation beginning marks a significant toll compared to France's mission in Mali earlier this year. A total of seven French soldiers have been killed there since January as a French-led African force routed al-Qaida-linked extremists controlling the north.
French officials have warned of the dangers of the enhanced military mission alongside African Union troops in Central African Republic, authorized under a muscular mandate approved last week by the United Nations Security Council.